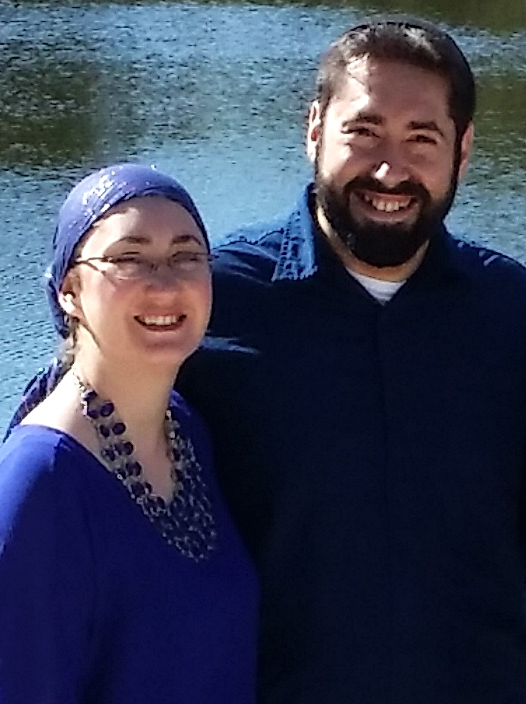 David Otero was raised as a pastor’s son. He learned from his father and mother a deep passion for the Messiah of Israel. Coming from a long line of uncles, aunts, and relatives who have also served as leaders in the Jewish, Messianic, and Christian communities, David too has heard the call. Many years ago, David was given a dream by the Lord. He was in a large room packed with people waiting to hear his father speak. His father was noticeably delayed, and the crowd grew restless. Seeing the turmoil, his grandmother and mother told David that because he was the firstborn, it was up to him to speak in his father’s place. United in their conviction, they said, “God will give you the words to speak.” Uncertain and afraid, David took to the pulpit. As he opened his mouth about to speak, the dream ended, and he awoke.

God would orchestrate, in the years to come, many Messianic leaders who recognized the calling upon David’s life to instruct and train him for leadership. God was preparing him to take that final step, and address that long awaited crowd that the Lord set before him so many years ago. With God’s blessing, we opened the doors to our own congregation Tzur Yisrael (Rock of Israel) Messianic Congregation in 2017. Joined with his wife Kim, they are encouraged to see the power of God move in their lives and in the lives of their congregation.

David was born a Sephardic Jew (Spanish Jew) and enjoys teaching others about the Jewish Messiah who loved him enough to give His all.

Kimberly Otero was raised in a strong believing household and speaks often of her parents commitment to always instill godly values and character. Unlike most young people who did not come to knowledge of Yeshua until they had satisfied their flesh and sowed their wild oats, Kim has dedicated her life to serving the Messianic community. She was raised up in one of the oldest Messianic synagogues which was started in the early 1980s and even attended a Messianic Jewish day school, one of only three in the world at the time! Growing up in a Messianic congregation, and serving there even as a child, Kim has developed a relationship with the Lord that is altogether unique, and an blessing and witness to others, especially instilling hope to parents whose children are wayward.

As the years passed, Kim continued to have a burning desire to learn more about her Messiah in His Jewish context. Sensing the Lord’s leading, she went to college, graduating with a degree in Jewish Studies. Armed with her degree, Kim continued to serve the community of God, teaching and leading the youth, sisterhood, bar and bat mitzvah students, dance teams, etc. God has prepared her for the next step in her service to the Kingdom of Heaven, supporting her husband David in the leadership and ministry of Tzur Yisrael (Rock of Israel) Messianic Congregation.

Kim is not Jewish by birth, but is immensely proud to represent her Greek heritage before the Lord. She knows that one day all nations will bow before Yeshua, the Messiah of Israel, and cast their crowns down acknowledging the King of kings, the Holy One, Blessed is He!