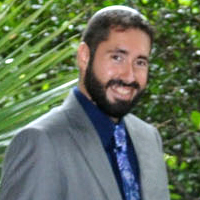 David Otero was raised as a pastor’s son who learned to glean from his father and mother’s example of how to bring the trans-formative power of Messiah to all who would listen. Coming from a long line of uncles, aunts, and relatives who have also served as leaders in the Jewish, Messianic, and Christian communities, David too has heard the call. Many years ago, David was given a dream by the Lord in which he was in a large room filled with people awaiting to hear his father speak. As his father was noticeably delayed, and the crowd grew restless. Seeing the turmoil, his grandmother and mother told David that he was the firstborn, and he must speak in his father’s place. United in their conviction, they said, “God will give you the words to speak.” Uncertain and afraid, David took to the pulpit. As he opened his mouth about to speak, the dream ended and he awoke.

God would orchestrate, in the years to come, many Messianic leaders who recognized the calling upon David’s life to instruct and train him for leadership. God was preparing him to take that final step and address that long awaited crowd that He set before him so many years ago. With the Lord’s blessing, we opened the doors to our own congregation Tzur Yisrael (Rock of Israel) Messianic Congregation. Joined with his wife Kim, they are encouraged to see the power of God move in their lives and in the lives of their congregation.

David was born a Sephardic Jew (Spanish Jew), and enjoys teaching others about the Messiah who loved him enough to give His all.